This Letter to the Editor at the Marietta Daily Journal is a MUST READ if you like living in the suburbs. Zoning Codes can be a pretty dry topic, but you need to know about the proposed Unified Zoning Code on the horizon for Cobb County. It will affect you. 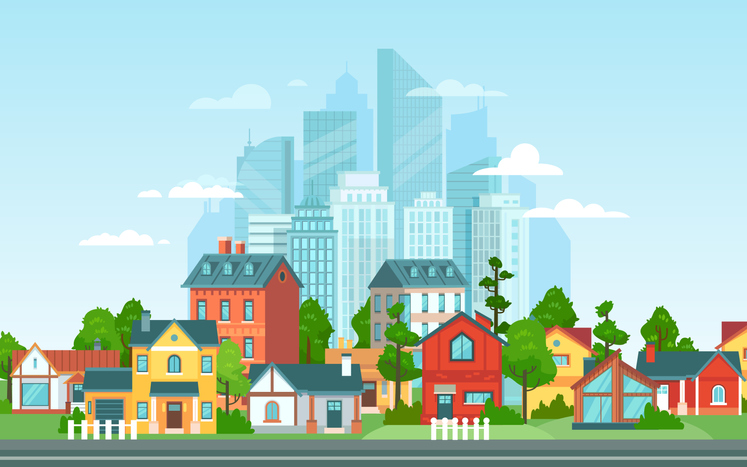 Every January, Cobb County undergoes a very comprehensive code amendment process, which includes annual updates to our zoning code. This process assures that our zoning code is kept up to date. Additional code amendments may occur at other times throughout the year, whenever issues arise that are urgent enough that the update cannot wait until the following January.

The US Constitution is more than 230 years old. We don't replace it every 50 years just because it becomes 50 years old.

Here is the most important question that citizens should insist that Cobb County answer. What is structurally broken in the current zoning code that could not be fixed through the normal code amendment process, and which necessitates spending several hundred thousand dollars on an outside consultant to write an entirely new code to replace the one we have? So far, Cobb County has been unwilling or unable to answer this question.

Our current zoning code is a land use based zoning code, which does a great job of providing the foundation for enabling and preserving suburban style development, which includes low density housing on individual lots, in neighborhoods that are characterized as "single family residential" neighborhoods.

A recent MDJ letter writer detailed the "urbanist" view. Some of his points included:

I consider myself to be a "suburbanist". I disagree with self-righteous urbanist zealots, about what lifestyles they think they should be able to impose on other people.

Large portions of Cobb County are inhabited by people who live in suburban neighborhoods because that is the lifestyle that they like, and that is what they think is best for their families. I think those people who want to live in suburban neighborhoods, have the constitutional right to do so. And I certainly disagree that urbanists should have the right to decide what other people's lifestyles should be.

I agree with the letter writer that Cobb County's current zoning code provides a solid foundation for suburban style development. That's good and should not be changed.

Cobb has instructed the consultant to draft a new code based on current best practices in planning and zoning. For many urban planners, that would include ideas such as those expressed by the urbanist letter writer.

There is nothing structurally broken in our current zoning code that could not be fixed during the normal code amendment process, without spending hundreds of thousands of dollars on an outside consultant, unless the real objective is to adopt a new ordinance that is less supportive of suburban style development, and more supportive of urbanizing Cobb County.