The East Cobb Cityhood Committee has been hosting regular Virtual Information Sessions since the new legislation for East Cobb Cityhood was filed on March 2021. To understand community support of those who live in proposed boundaries of East Cobb, a survey question is asked to each registrant for the session: "Are you in favor of East Cobb becoming a city with local representation and local control?"

The results show growing support for cityhood and a large group of undecided residents. Many questions submitted by residents indicate an interest to learn more about how the new city would operate, the map boundaries and financial impact. The committee is committed to answering questions and providing the detail residents need to make an informed decision. 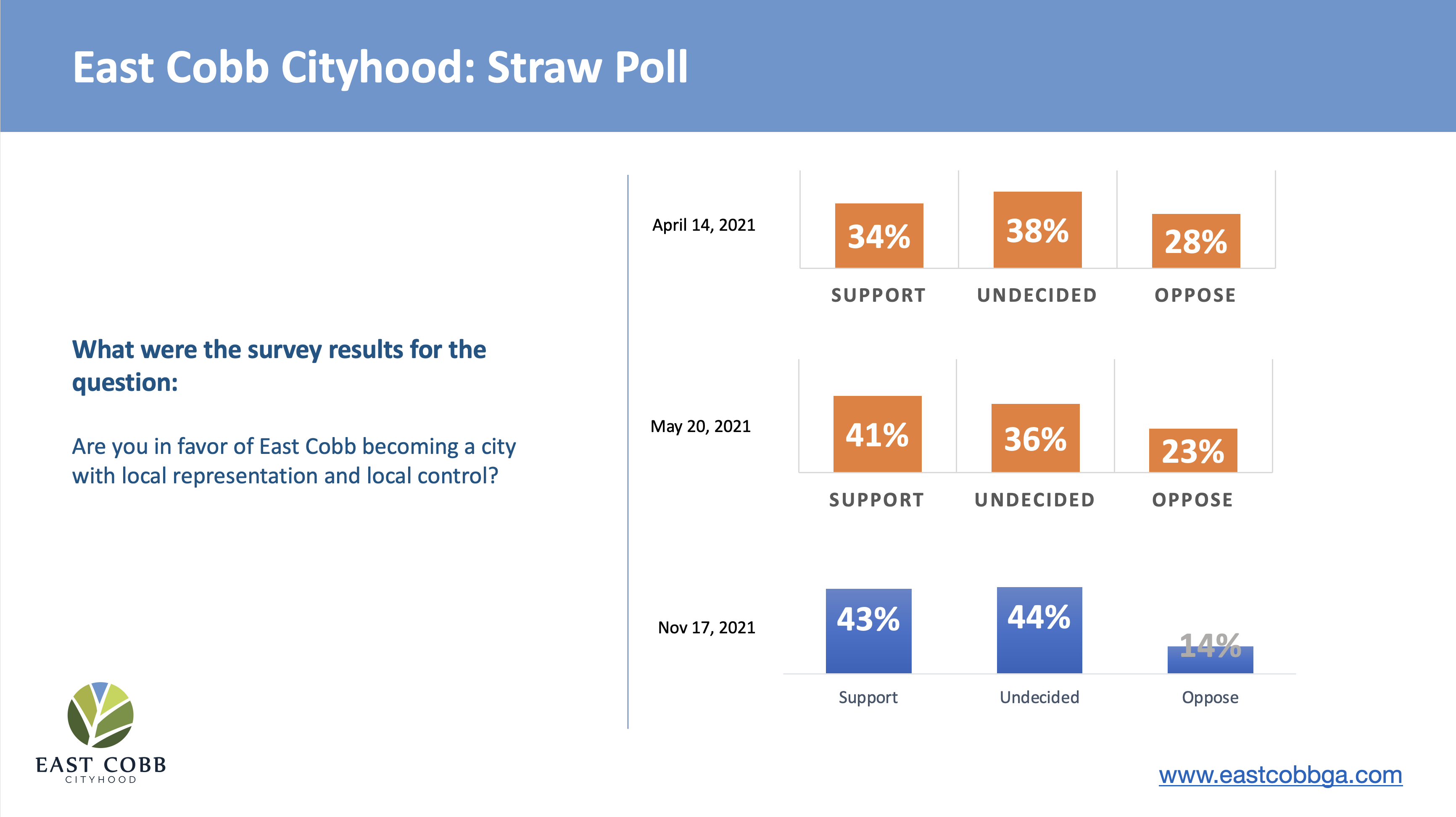 How is this survey conducted?

What is the survey question and responses?

The same question with the same responses are available:

Q: Are you in favor of East Cobb becoming a city with local representation and local control?

Why do you only ask residents who live in the proposed boundaries?

Only residents who live in the proposed boundaries are asked to gain a more objective view of what the people in the affected community want for their community. These are the same people who would ultimately have a vote on the referendum question if and when it reaches the ballot. Participants who live outside of the boundaries are not included from the results.